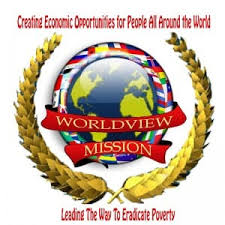 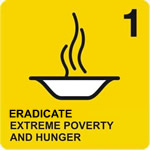 Outreach at the SIDS Conference​: Water, Food and Waste

Outreach is made possible by the generous support of:

Outreach is produced by:

The United Nations is considering setting up a new body to address global malnutrition as early as next month, Devex has learned.

Tentatively called “U.N. Nutrition,” the new entity will be headed by UNICEF and the World Food Program, according to well-placed sources within civil society groups attending this week’s Committee on World Food Security, or CFS, in Rome. Over the weekend, the sources also participated in working groups ahead of the second International Conference on Nutrition — known as ICN2 — jointly led by FAO and the World Health Organization in November.  To learn more,

This paper assesses farmers’ incentives and conditioning factors that hinder or promote adaptation strategies and evaluates its impact on crop productivity by utilizing household level data collected in 2011 from nationally representative sample households in Malawi. We distinguish between (i) exposure to climatic disruptions, (ii) bio-physical sensitivity to such disruptions, (iii) HH adaptive capacity (iv) system-level adaptive capacity that serve as enabling factors for household-level adaptation.

Food and Agriculture Organization of the UN (FAO)

Over the past 15 years, GDP growth in Africa has been higher than in the rest of the developing world. Despite the tremendous economic growth, poverty reduction in Africa was less impressive, with nearly half of the population still living on less than US$1.25 a day per capita (2010).

Scholars from all over the world recently gathered in Paris for the Annual Bank Conference on Africa (ABCA), to discuss ways to make economic growth work better for the poorest families in Africa.

In his opening remarks, Makhtar Diop, World Bank vice president for Africa, reminded the audience that “the legitimacy of the World Bank is not the dollar amount we put on the table; it is the knowledge and healthy policy dialogue it encourages.”

The ABCA conference creates a platform for scholars to put forward their research and get feedback. Most key issues were discussed, such as the optimal balance between growth, inequality and poverty reduction, and better ways to help poor people manage risks.

On 11 March, the International Research Institute for Food Policy Research Institute (IFPRI ) has released the 2013 version of its report on international food policies. The report finds that hunger and undernutrition persist in the world with nearly 850 million people suffering from hunger and more than 2 billion affected by “hidden hunger” , characterized by deficits in essential micronutrients . In a press release, the IFPRI calls for “the eradication of hunger and undernutrition i below 2025, which should be a priority of the development program for the post- 2015″ , highlighting that ” the debate on the development agenda post-2015 focused on reducing extreme poverty by 2030 . However, to eradicate this scourge , it is imperative to simultaneously take measures to reduce hunger and under-nutrition . ” In this context , IFPRI suggests the establishment of national eradication of hunger and under-nutrition strategies , enhance the successful experiences of countries like Brazil , China, Thailand and Vietnam , and enhance the sharing of experiences and multi -stakeholder partnerships . ” It is time to turn to a new goal : the elimination of im fa and undernutrition by 2025 . This is achievable , and will play a vital role in reducing poverty in the world, “said Shenggen Fan, director general of IFPRI , at the launch of the report.
http://www.ifpri.org/gfpr/2013/food-policy-2013

18 February 2014: Participants discussed how to achieve a sustainable, food-secure future for all at an event hosted by the International Fund for Agricultural Development (IFAD) in Rome, Italy, on 18 February 2014. Panelists stressed the importance of investing in smallholder family farmers and empowering rural livelihoods to ensure global food security and nutrition.

The event on ‘Achieving a sustainable future for all: Rural transformation and the post-2015 agenda’ aimed to raise awareness about the post-2015 development agenda and the opportunities it presents to advance and implement a transformative agenda for smallholder family farmers. Participants focused on four thematic areas: leveraging the rural-urban nexus for development; an empowerment agenda for rural livelihoods; investing in smallholder family agriculture for global food security and nutrition; and promoting the resilience of poor rural households.

These topics also are the subject of four IFAD policy briefs launched at the event. Each brief identifies challenges, entry points and approaches for a policy agenda, as well as including proposed goals and targets for the post-2015 development agenda.

‘Leveraging the rural-urban nexus for development’ recommends that the post-2015 agenda include: disaggregated targets and indicators for access to basic services (education, sanitation, water) and social and economic inclusion (employment, gender equality, social protection); and rural targets or indicators on goals related to energy, infrastructure and migration.

The event took place ahead of the 37th Session of the IFAD Governing Council (GC), which convened from 19-20 February, under the theme ‘Investing in smallholder family farmers for the future we want,’ in conjunction with the International Year of Family Farming (IYFF). IFAD also hosted the Fifth Global Meeting of the Farmers’ Forum, ‘Partners for investing in smallholder farming, family agriculture and fisheries,’ on 17-18 February, which focused on poverty reduction and rural development.

Today, we stand united with people in South Africa and around the world in mourning the loss of President Nelson Mandela.

President Mandela was a champion against injustice and a true ally in the fight against hunger. His concern was always for the most vulnerable and disadvantaged people in the world, and his words and actions were a motivational force for all of us here at WFP.

In President Mandela’s own words:

Hunger is an issue of social justice and not economics. Our economic approach to food and its distribution reflects our basic moral values. There are relatively poor countries where almost everyone is reasonably fed and richer ones where there is widespread malnutrition. The economic systems in these countries vary. Those who have succeeded have done so because they have made it a priority to end it. Hunger is a moral issue.

WFP has more than 13,000 staff in more than 80 countries who work every day to bring nutritious food to those who are hungry. And we have more than 1.2 million supporters like you who help make that possible.

Together, let’s honour the memory of President Mandela by continuing to carry out our mission of ending hunger, wherever it is found.

The World Food Programme (WFP) fights hunger worldwide, saving lives during emergencies while building a better future for the next generation. WFP is funded solely by voluntary donations.

ROME, 4 April 2014 — The United Nations Food and Agriculture Organization (FAO), the International Fund for Agricultural Development (IFAD) and the World Food Programme (WFP) unveiled today the results of their joint work to develop targets and indicators for a new global development paradigm for sustainable agriculture, food security and nutrition. This is a critical piece in the three agencies’ contribution to the ongoing intergovernmental discussions on the post-2015 development agenda, the successor framework to the Millennium Development Goals (MDGs).Download Targets and Indicators document

The targets and indicators were presented at a high-level meeting at WFP headquarters, where the President of the Republic of Liberia, Ellen Johnson Sirleaf, was guest of honour. The Italian Vice Minister of Foreign Affairs, Lapo Pistelli also attended the meeting.

Representatives from the three agencies stressed the need to finish the job of the MDGs that expire in 2015, but also to broaden their scope to address deeper issues of universal relevance like malnutrition, sustainable and inclusive food systems, and their inter-linkages. The three agencies identified a list of five targets:

•    Access to adequate food all year round for all people.
•    End malnutrition in all its forms with special attention to stunting.
•    Make all food production systems more productive, sustainable, resilient and efficient.
•    Secure access for all small food producers, especially women, to adequate inputs, knowledge, productive resources and services.
•    More efficient post-production food systems that reduce the global rate of food loss and waste by 50 percent.

The UN Rome-based agencies emphasized that progress in these areas would have to come through innovative partnerships – among governments, with the private sector, with development institutions, and with all members of society, from producers to consumers. New governance mechanisms would also be needed to monitor impact, ensure accountability, and give different stakeholders a voice in decision-making. Attention was drawn to the important role in global food security of small-scale food producers, who need to be at the centre of new investments and new partnerships for a hunger-free world.

“The overarching priority of the post-2015 development agenda is the eradication of poverty in all its forms,” said President of Liberia, Ellen Johnson Sirleaf, who is co-Chair of the High-Level Panel of Eminent Persons on the post-2015 development agenda. “The Common African Position drawing from the African Union’s 2063 long-term agenda is a resolve to deliver on our various declarations and commitments on the social and economic integration, poverty eradication, and employment generation for our people. It aims to reorient the development paradigm away from externally-driven initiatives toward domestically-inspired and funded initiatives.”

The new targets are in line with the UN Secretary-General’s Zero Hunger Challenge, which envisions a world where, within our lifetime, no-one experiences chronic hunger and malnutrition. The work of the three Rome-based agencies has been consistently inspired by this shared vision.

FAO Deputy Director-General for Natural Resources, Maria Helena Semedo, stated that the targets would inform UN Member States currently negotiating a set of sustainable development goals. “There can be no sustainable development without eradicating hunger,” she said. “We believe that incorporating these five targets in the post-2015 development agenda will ensure a more comprehensive approach to tackling hunger,food insecurity, malnutrition – to nourishing people while nurturing the planet,” she noted.

Highlighting the collaboration of the UN agencies IFAD President Kanayo F. Nwanze said: “A future of ‘zero hunger’ will not be built by any one organization in isolation. We know that we are stronger and more effective when we work in partnership, including with the billions of rural women and men who work hard each day to ensure our food security.”

“Food security and nutrition play a critical role in shaping a brighter tomorrow for today’s most vulnerable families particularly the children.  Eliminating hunger unlocks the potential of individuals, communities and nations,” said WFP Executive Director, Ertharin Cousin.  “Achieving these goals will require hardwiring equity into economic growth assuring no one is left behind.”

But the agencies emphasized that gains were by no means universal and much work still needed to be done given that around 840 million people remain chronically hungry and that poverty continues to be pervasive in rural areas around the world.

The new development goals to be set by the UN General Assembly in 2015 should therefore be a catalyst towards the realization of the right to adequate food, improved nutrition, gender equality, focus on smallholders and sustainable and resilient food systems. 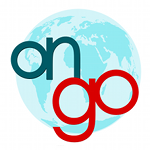 For the last 10 years, poverty reduction has been considered one of the most pertinent issues in Indonesia’s development policies. This is in line with the commitment to fulfill the Millennium Development Goals, which aim to halve the number of people living on less than US$1 a day, according to the UNDP.

To help young people in urban and under served areas become leaders in their communities and throughout the world.

1)    Partner with communities and educational facilities to teach the importance of finance ABC’s.

2)    Develop workshops and cultural programs which teach youth how to empower themselves. 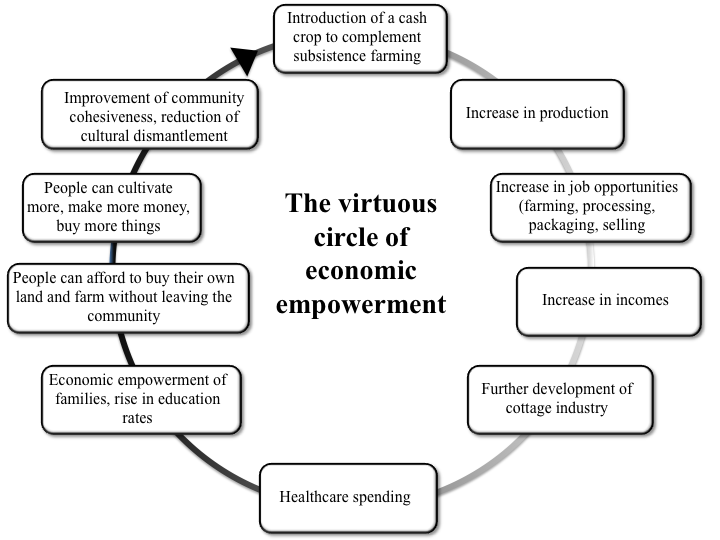 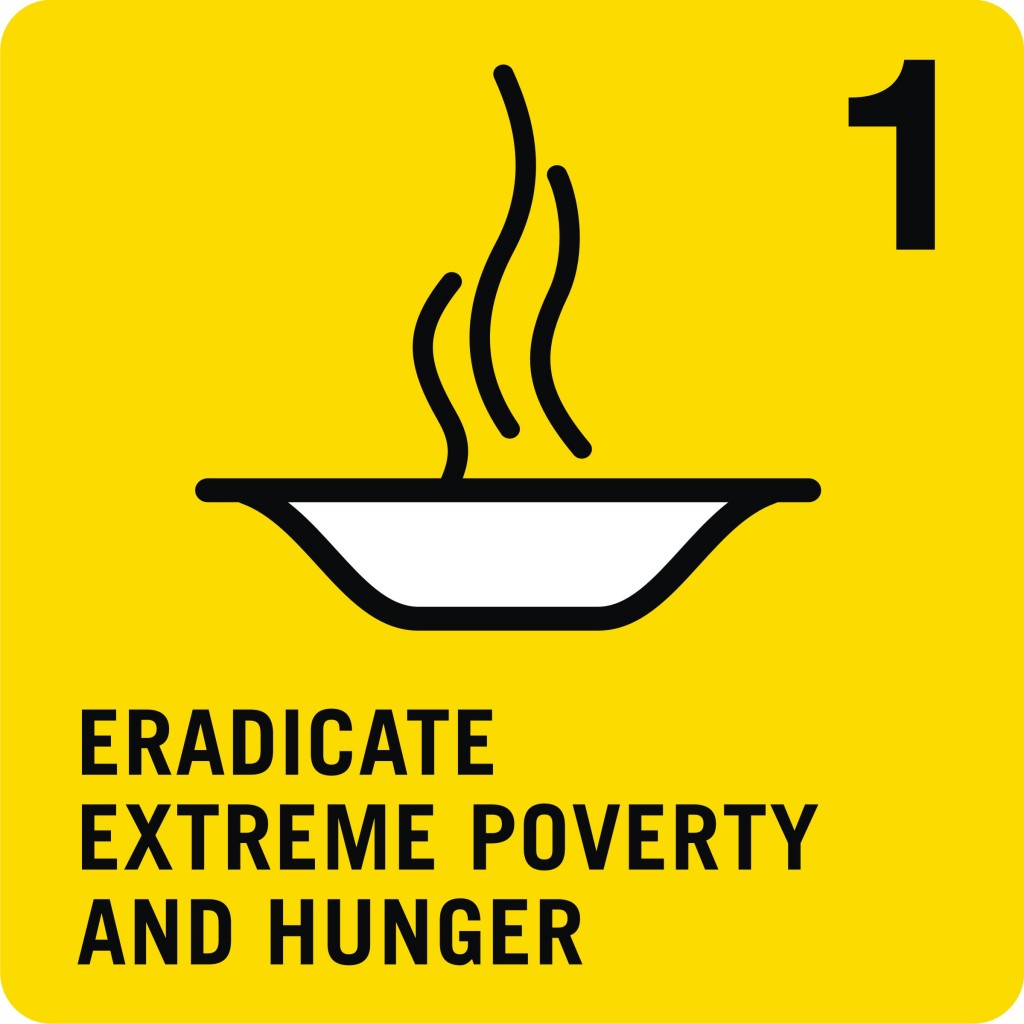